GAME IN THE SANDBOX

The whole concept violates the autonomy of the existing sculpture. It can be perceived as a broken, dangerous toy, which tempts its aesthetics. On the other hand, the material used in it (white ceramics) brings to mind associations connected with common meals, or even defusing anger. The recipient might think about fragility of this material, regret its damage. Nonetheless, we are still visually attracted, tempted to interact. The sandbox built at the foot of monumental Moses, takes after him seriousness and in somewhat ironic way disrupts its space. 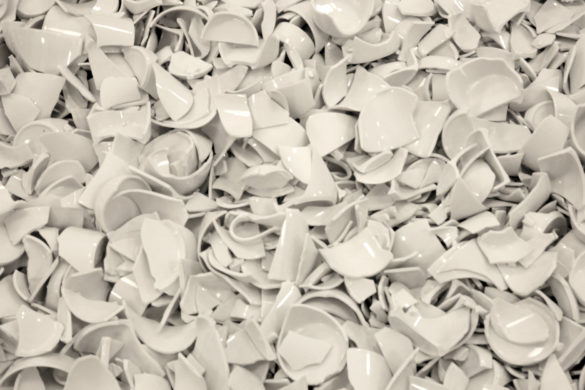 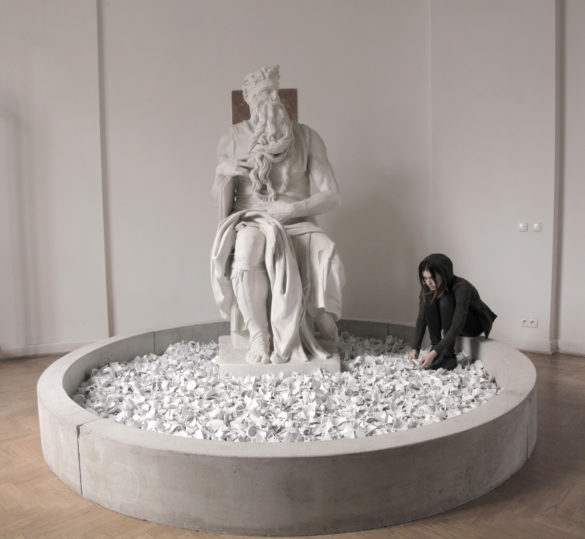 Lorem Ipsum is simply dummy text of the printing and typesetting industry. Lorem Ipsum has been the industry's standard dummy text ever since the 1500s, when an unknown printer took a galley of type and scrambled it to make a type specimen book. It has survived